Pennsylvania’s General Assembly, made up of a 203-member House of Representatives and a 50-member Senate, considers as many as 5,000 bills in every two-year session.

Any member of the legislature can introduce a bill. Upon introduction, the measure is assigned a number and referred to the appropriate committee. Both the House and Senate have committees, which focus on specific issues and serve as the General Assembly’s legislative workshop. Bills introduced by House members go to House committees; bills introduced by Senate members go to Senate committees. The committee chair, who represents the chamber’s majority party, decides what bills the committee considers. This is a tremendous power for a legislator. The committees comprise several members of both parties, but the majority party has more voting members. Bills brought before the committee are subject to review and debate. The committee may hold hearings and solicit testimony; members may propose amendments.

Not every bill gets a vote. There are four potential outcomes:

Approved bills go immediately to the chamber of origin’s Appropriations Committee, where a fiscal note is prepared to detail the financial impact of the legislation. Bills in this committee face the same four outcomes, as noted above.

A bill must clear many hurdles before it becomes a law. After committee approval, the House or Senate, where the measure is being debated, must consider the bill on three separate days before voting. On the first day, the bill is read on the chamber floor to alert members that the committee has reported the bill as originally introduced or amended. No amendments are offered, no debate is held and no votes are taken. Amendments to the bill may be offered on the second or third reading, after which a vote can be taken. All legislators who are present in the chamber must vote on the bill; abstentions are not allowed.

If the bill is approved by the full chamber, it is sent to the other chamber for consideration, where it must run through an identical committee structure and voting process. For example, a House bill that wins committee approval and is passed by the full House then moves to the Senate. The appropriate Senate committees must approve the measure and send it to the full Senate for voting. If the Senate changes the bill, it must go back to the House for concurrence in those changes. Identical versions of the bill must be passed by both the House and Senate before it can be sent to the Governor, who can sign it into law or veto it. A bill also can become law if it is sent to the Governor, and he fails to sign it or veto it before a prescribed deadline.

The whole process can takes months. Bills not enacted during the two-year session must be reintroduced the following session and run through the same process again from the beginning. 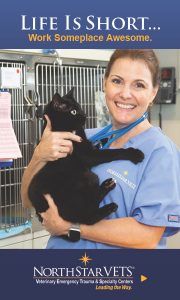